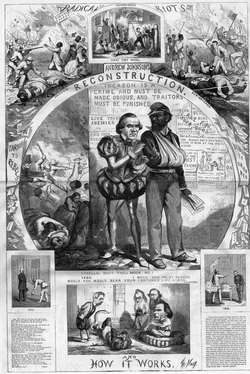 1. African Americans and others knew that the institution of slavery was one of the primary practices being tested.

2. Everyone in the United States as experiencing the tensions generated by the increasing number of religious denominations and by the rise of scientific inquiry that challenged traditional explanations and introduced new social  theories and practices.

3. The great post-bellum task was one of the reaffirming the blueprint for a new and better version of the Pilgrim’s City upon a Hill and of rebuilding its institutions and reconciling its population.

4. The desire to remake, not merely repair, the country was especially apparent in discussions of gender roles and rights.

6. With slavery officially outlawed, the white south moved quickly to protest its interest by codifying the very white supremacist ideology that had under girded the chattel slave system.

7. The limited social and economic gains that African Americans experienced immediately after the war were quickly reversed when, in 1877, withdrawal of federal troops, reversal by state and federal courts of protective legislation for African Americans, and the return to power of the Democrats signaled the end of Reconstruction.

8. It took only 2 or 3 years to deconstruct the institutions and to repeal of replace the legislation of the Reconstruction decade.

9. Random violence and systematic oppression were supported by Jim Crow laws, which legalized racial segregation in virtually every area of life.

10. The last part of the 19th century and the 1st few years of the 20th centuries became known in African American history as the “the Nadir of Black Experience”.

11. The “Progressive Period” is called Decades of Disappointment for blacks with the great migration.

12. Despite the violence and blatant inequalities, literacy among African Americans rose.

13. African American writers recorded it all in ways parallel to intersecting with and diverging from methods.

16. Post-bellum slave narrators recast the sin and suffering of slavery as trials and tribulations.

17. As education developed with the advent of freedman’s schools as did the need for relevant and accurate texts.

18. Texts were used to shoe white readers black were able to rebuild nation and instruct blacks to a more satisfying future.

19. The majorities of black writers were published 1st and frequently in the African American press which was ignored. 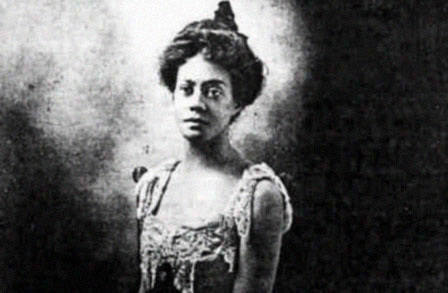 I Sit and Sew
By Alice Moore Dunbar Nelson

I sit and sew—a useless task it seems,
My hands grown tired, my head weighed down with dreams--
The panoply of war, the martial tred of men,
Grim-faced, stern-eyed, gazing beyond the ken
Of lesser souls, whose eyes have not seen Death,
Nor learned to hold their lives but as a breath--
But—I must sit and sew.

I sit and sew—my heart aches with desire--
That pageant terrible, that fiercely pouring fire
On wasted fields, and writhing grotesque things
Once men. My soul in pity flings
Appealing cries, yearning only to go
There in that holocaust of hell, those fields of woe--
But—I must sit and sew.

The little useless seam, the idle patch;
Why dream I here beneath my homely thatch,
When there they lie in sodden mud and rain,
Pitifully calling me, the quick ones and the slain?
You need me, Christ! It is no roseate dream
That beckons me—this pretty futile seam,
It stifles me—God, must I sit and sew?

Situation: The poem tells a story in which the speaker struggles with having to sit and sew rather than be in battle like she wants. The poem expresses a mood of frustration and disappointment. The speaker isn’t identified but is definitely a woman. It might be assumed that the speaker is also the author. It isn’t clear who she is talking to but it could be God although you can trust the speaker. 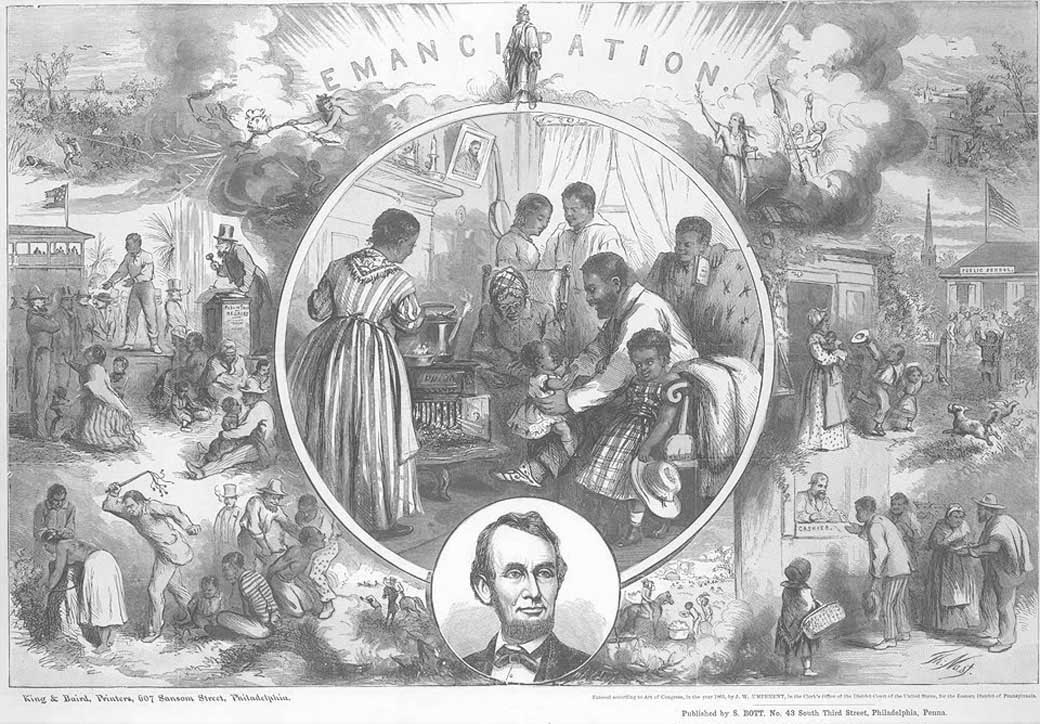